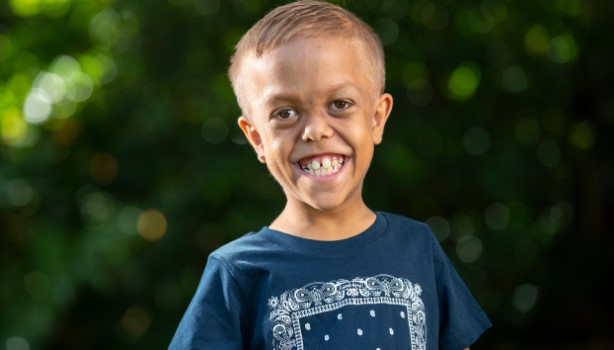 Quaden Bayles is an Australian 11-year-old boy born with a dwarfism condition called Achondroplasia. And received massive global support when a distressing video of him went viral online.

He became famous worldwide when his mother posted a distressing video of him crying in February 2020, post getting bullied, in the video Quaden can be seen sitting in the car crying and asking his mother to give him a knife to kill himself for getting bullied regularly at school due to his dwarfism.

Keep reading to explore the inspiring journey of the Australian boy Quaden Bayles.

Who Is “Bullied Boy” Quaden Bayles

Quaden Bayles is an Australian boy born on the 13th Of December 2010 with a dwarfism condition called Achondroplasia. And received massive global support when a distressing video of him went viral online.

Yarraka Bayles the mother of Quaden pressed legal action against the columnist “Miranda Devine” when she claimed the whole video of Quaden Bayles was staged in an attempt to get viral.

Quaden Bayles also received a trip to Disneyland as a gift from US Comedian Brad William, who already faces the same Achondroplasia conditions in addition, to indigenous respiratory complications.

Quaden Bayles Is All Set To Play A Role In The 2022 Movie Of GEORGE MILLER, The Oscar-Winning Director

Popular Australian indigenous dwarf boy though he has been trending online in 2020, had not received any chance to appear in movies. As per IMDb, his film The Thousand Years Of Longing is scheduled to be released on the 2nd of September 2022.

George Miller in an interview announced himself about Quaden Bayles playing a role in his movie and that he is happy to cast him, after seeing his distressing video.

Summary of The Viral Quaden 2020 Video

Quaden Bayles was only 9 years old when his mother picked him up from Brisbane High School after he just had faced a bullying episode. his mother Yarraka Bayles posted a video of him crying and asking her to give him a knife so that he can kill himself. She begged people in that video to educate their children and family due to the negative impacts bullying leaves on the offended before another innocent life is wasted in the hands of bullying.

About Quaden Bayles Childhood and Education

Quaden Bayles was born and raised in Queensland. He used to get picked on, in school almost every day due to his height and condition.

Quaden Bayles was bullied in Brisbane High School, after the incident his mother withdrew Bayles from school. As per Quaden’s Instagram, he joined a new school in 2022.

Quaden Bayles is raised by his single mother and has two sisters and a loving, cultural family. No information regarding his biological father has been disclosed to the media.

Quaden’s mother’s name is Yarraka Bayles, and she is the initiator of a non-profit community called Dwarfism Awareness Australia.

Quaden had a massive positive impact on his life after his distressing video got viral, he received a high fan following on Instagram. And posts pictures with celebrities on his Instagram.