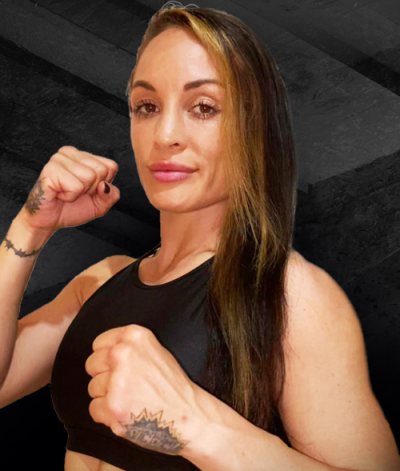 Tai emery is an Australian MMA Fighter, Model, Media and Internet Figure, and Sports Person from Gladstone, Queensland, Australia. Being a social media personality and a model, Tai shares her stunning pictures online.

On the 3rd of September 2022, Tai rose to prominence by winning her professional debut fight against Rung-Arun Khunchai. But that victory was not, mainly the reason she trended online but the way she celebrated. Out of the victory excitement, Tai removed her top after winning the match. Some people praised this act others criticized her for doing so.

Who is Tai Emery

Tai emery is a professional MMA Fighter who has competed in multiple competitions. She has fought in 2 amateur matches against Angel Blackwell and Chloe Greeley but lost both games, however, she did not lose hope and kept on practicing and at last won the game against Rung-Arun Khunchai on September 3rd, 2022.

She is also famous as a model and social media star for her beauty and gorgeous personality.

Tai Emery was born in a Christian household residing in Gladstone, Queensland, Australia on the 3rd of January 1987. She still lives with her family but in Brisbane, Queensland.

For primary schooling, Tai revealed that she went to a private school. Then she enrolled herself at Toolooa State High School for further studies.

As per Tai’s Facebook profile, it is found that she has no brother and has not shared any information whatsoever about his biological father.

The name of her mother is Lisa Hughes

Tai began her professional life working at Atlantis Nightclub in 2012 after completing her education. Later she left that work and began serving the position of Former Thermal Technician at Thermoscan from 2013-15.

Afterward, she began participating in Lingerie Fighting Championship and lost a fight against Cindy Dandois in 2021. She also started training and practicing Mixed Martial Arts.

Tai debuted her professional MMA Fighting career on the 3rd of September 2022, where she competed against Rung-Arun Khunchai and fortunately was able to win against her. Before that, she fought in 2 amateur matches against Angel Blackwell and Chloe Greeley but could not win any.

MMA Fighter, Tai, is managed by Ruby Sports and Entertainment Management Service. And is a fighter for Bare Knuckle Fighting Championship.

Tai neither shares any information regarding her personal and love life nor any dating rumor that has ever surfaced related to Tai Emery.